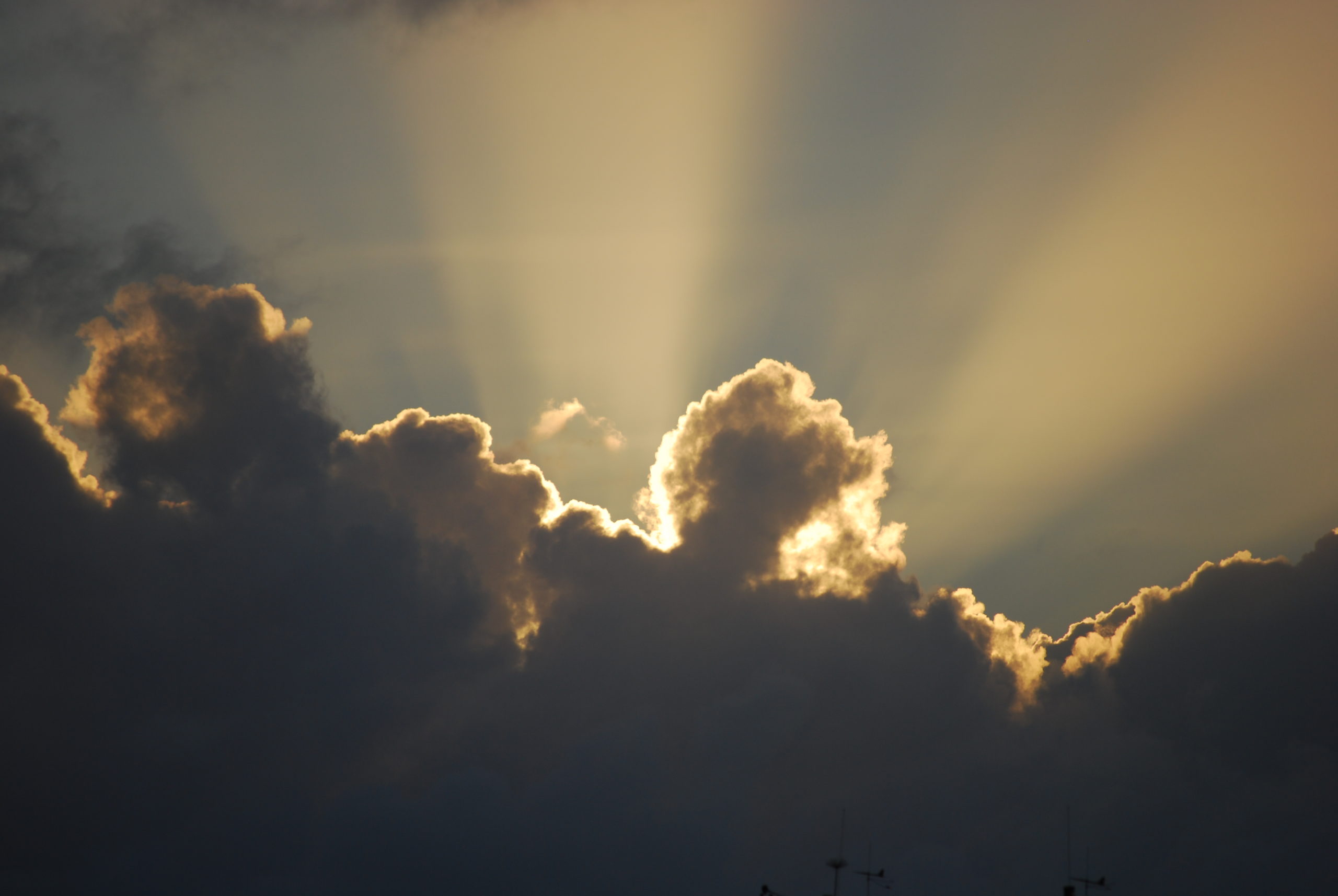 Part of the certification process to be a spiritual director involved watching the 1996 movie, Dead Man Walking starring Sean Penn and Susan Sarandon. As death row inmate Matthew Poncelet (Sean Penn) was nearing his execution date he calls upon a nun, Sister Helen Prejean (Susan Sarandon) to help him with one last appeal that would maintain his innocence in the murder of a young couple. There are several incredible themes that struck me: the call to venerate the sacred in everyone, the presence of evil and good our lives, the cross as the symbol of bringing love and pain in reconciliation together, forgiveness is not spontaneous but is a journey that must be experienced, and there are wounds so deep that compel us to hold and embrace each other as sisters and brothers. Sr. Helen’s story and journey is powerful yet it is one that I think everyone of us embarks on as we go through the stages of life on our spiritual journey.

For me the call and the journey towards God goes deeper and broader literally every day. For example, a while ago I joined Amicus, a local volunteer prison ministry organization, which befriends interested prisoners with a volunteer friend that would model care, compassion, support, and encouragement and hopefully provide a new and different experience for the prisoner, as a way to perhaps transform their lives. After a bit of procrastination on my part, I finally went through the interview and evaluation process and was matched up with a prisoner at a maximum-security prison. Amicus told me that they had found the perfect match for me and felt that I would be a good role model and friend to the prisoner. The “perfect match” they found for me was a 55-year-old man who was convicted of murdering his wife, and was for a time a fugitive, claiming a place on America’s Most Wanted List. My first visit with him was scheduled for two days after watching of Dead Man Walking. While the circumstances are not the same (he was not on death row), I nonetheless had what seemed like some sort of out-of-body type experience during the movie. I am not sure how to describe what I was feeling but it was a mixture of fear, apprehension, encouragement, calm, and confusion. I kept asking myself, “What in the world am I doing going to meet this guy and why am I doing it?”

So, I’m driving to the prison which was located about an hour outside of the metro. The traffic was awful, my GPS seemed to be leading me in the wrong direction, I’m tired, I’m getting anxious, and I am seriously starting to consider turning around and going back home. The car radio music was starting to annoy me, so I shut it off and started to pray as I drove. But the questions keep coming, “What am I doing and why am I doing it?” Was I trying to be a version of Sr. Helen? Is my ego running in overdrive? Am I trying to redeem myself? Finally, after almost an hour, I arrived at the parking lot to the prison. It was a cloudy, dreary day and as I stood outside of my car there was this strange and eerie sound of silence as I looked at the one-story buildings scattered over several city-blocks, wrapped with 20-foot-high coils of barbed-wire. Behind the wire were equally high electrified metal fences (the signs on the fence said, Danger – Do Not Touch), then more rows of barbed-wire, and guard towers. There were security patrol cars slowing driving the perimeter, and I could hear man’s voice on the outside speakers echoing and ricocheting off the buildings. I had no idea what he was saying but it was terrifying, like something out of a Holocaust movie.

I go to the building entrance only to find it was the wrong door. Then to another door across the parking lot. Another wrong entrance. I was thinking that I really don’t like this at all and perhaps I should just leave when I was directed to a third entrance further inside the “facility.” Wrong again. My “perfect match” was in yet a different building. By now it was dusk and I really did not want to do this anymore or ever for that matter. “What am I doing and why am I doing it?” keeps playing in my head. Surely my prisoner and Amicus would understand if I just couldn’t make it for some reason. I’m in my car driving to the next building and I see a sign with an arrow saying, “Prison Exit.” It was right there for me to take. The safety and comfort of the exit road to a rural town was no more than 15 seconds away. Just go, Brad! I was surprised to see dear crossing the driveway, several of them, not running out of fear from a predator, just walking, grazing, and just being as they were meant to be. If the deer have no fear, I wondered, what do I have to worry about? So, I parked my car and went into the building. I signed in at the guard station with a bit of a shaky signature, presented my I.D., apologized for being late and told the guard who I was here to see. But before I could finish, the guard said, “He’s been waiting for you. He’s standing right behind you.”

I turned around to see a smiling, bright-eyed, gentle-looking man with an extended hand saying, “Brad, it’s good to meet you.” An hour and a half later I was in my car driving home with an enormous amount of gratitude in my heart. During our visit, he shared with me his own sense of gratitude in how far he has come in recognizing his true self and did not regret the past 12 years of his confinement. He was calm and accepting of what each day brings him behind prison walls and seemed at peace with his life. It was an amazing visit. We were both so different, the trajectory of our lives were polar opposites, yet we somehow reached across the void, just to touch the other, perfect strangers, as if we were brothers. Bad choices have bad consequences but I have always felt compassion for those who end up in prison. Right or wrong, their lives and their families lives will never again be the same. I wondered also about those who we hear have been wrongfully convicted, sentenced to 30 years behind bars only to be released after evidence surfaced that exonerated them. How is it that they leave prison, not full of vengeance and retribution, but with a certain calmness with who they are deep in their hearts, the part that no one can touch or imprison. My guy was not innocent. He did commit the murder. While our visit together was not really “spiritual direction,” I was grateful for being able to hold open the space between him and me, to build trust, to lead with love and compassion, to hold both sides of the good and the evil, and to reverence the divine in the another person, even someone as unlikely as him. I was also grateful not to have to witness his final walk to the gas chamber and to hear iron doors slamming behind a dead man walking, to see him strapped on a gurney in the form of a cross, and watch him die.

Childhood experieinces of abuse, feelings of abandonment and neglect, are in some ways similar to being a prisoner. Whether one is the victim or the perpetrator, when it comes to “crossing the line,” whether it be in abuse, murder, violation of acceptable moral boundaries, hedonism and in unrestrained self-gratification, it permanently changes a person, their personality, self-image, potential, outlook on people and life. Being cynical comes far too easy, building trust becomes much more difficult, and shame mutates into disguises that look like friends. Sometimes it is other people’s choices that shut the doors of opportunity to victims. Of course, our “choices” also bring enormous gifts of empathy, compassion, depth of love, sensitivity, perspective, insight, and gratefulness that have develop on our spiritual journey. Choosing one thing necessarily closes the door to other things, regardless if it is for good or evil. I look forward to my next visit with my friend in prison but I am not certain I have the answers to my questions, “What am I doing and why am I doing it?” Perhaps I am trying to walk my talk and bring my contemplation to action in the margins where it is uncomfortable for me to roam. If I can hold the goodness and evil together in a murderer, surely, I should be able to do the same with an annoying staff member, an angry parishioner, or even with my own shame and be able to reverence the divine at the heart of my true self and others. It’s amazing to think that just a few years ago, I would never have imagined myself to be here at this juncture and intensity of my spiritual journey. It’s all an astonishing gift really, to have traveled so far and so fast while I didn’t even think I was moving at all.

you may also enjoy…

The Hill We Climb

“The Hill We Climb” by Amanda Gorman    And so we lift our gazes not to what stands between us but what stands...

To help or to serve?

I have never thought to much about how “helping” has such an unequal aspect to it.  I say, “how can I help you” all...

Our own work to do

Each of us has her/her own work in the world, work made meaningful by our intention and consent. It may be grand work...

You have Successfully Subscribed!